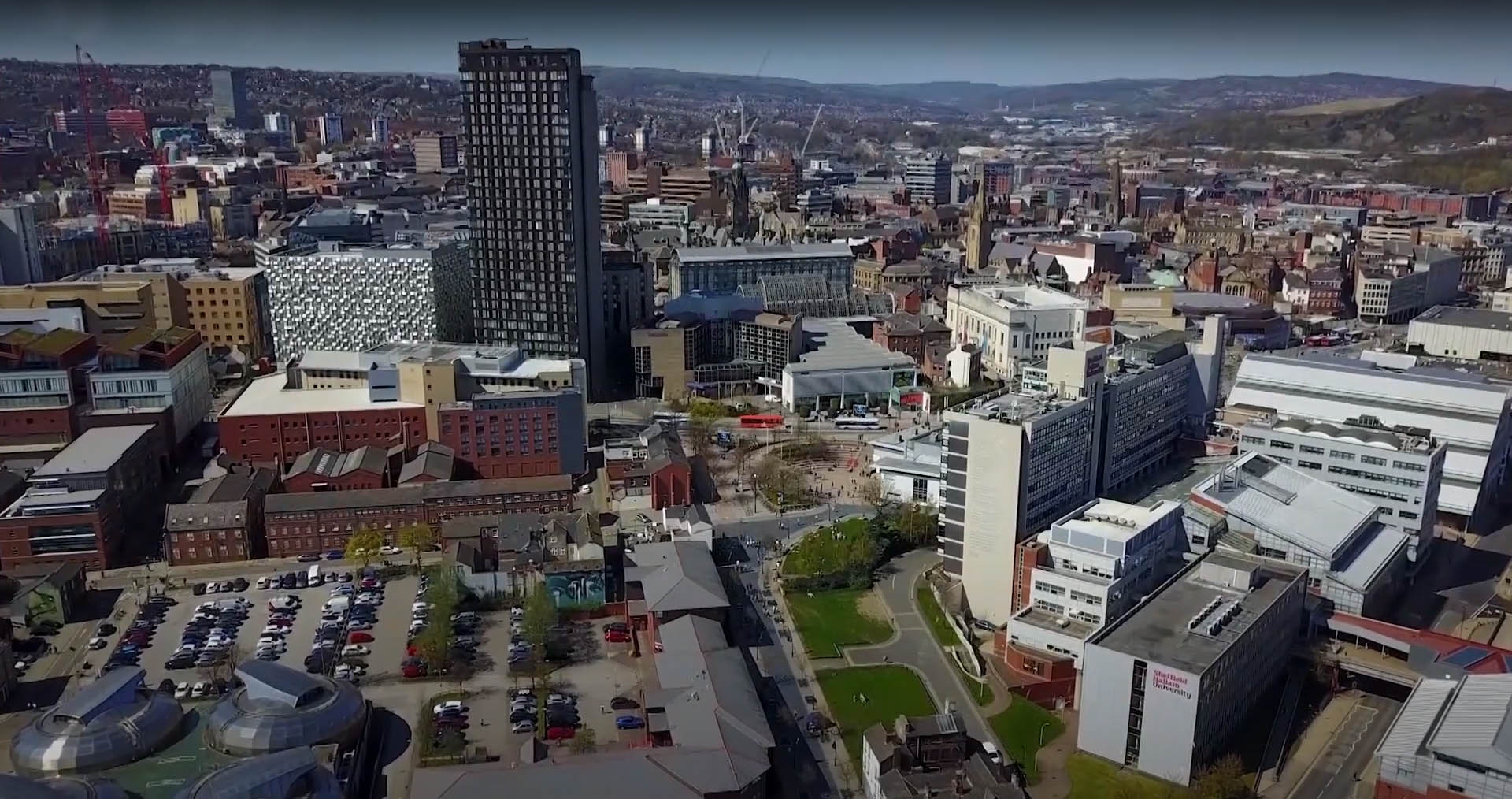 Our blueprint for the site of Sheffield Castle

Supporting a stunning, high quality redevelopment of Sheffield’s castle site that interprets this major piece of the city’s history forms the core of our vision.

The Friends of Sheffield Castle (FoSC) came together as a varied group of individuals with one common goal. Passionate about Sheffield’s historic origins around the confluence of the Rivers Sheaf and Don and the castle that once stood there, we have always believed that the site of Sheffield Castle, one of the largest and most significant in England, can once again be an important part of the city in the 21st century and inspire a new generation of Sheffielders and visitors.

The good news is that, whilst the castle no longer stands proud on our skyline, the site’s history, and some of the remains of the castle, survive beneath our feet. The demolition of Castle Market, which stood on the site for decades until its demolition in 2015, opened up the opportunity to explore what castle remains might still exist, alongside the remnants we knew of that were locked away in dark voids beneath the market.

Sheffield City Council funded targeted archaeological evaluation trenching across the site in 2017/18. These have revealed significant structural remains, along with a wide range of features and artefacts that reveal the pre-castle, castle and post-castle history. These discoveries open up a unique opportunity that must be grasped to enable a distinctive and eye-catching redevelopment that will capture the local and national imagination. It is the opportunity to reveal to Sheffield its true origins, to connect the public and visitors with a greater sense of the longevity of Sheffield’s existence and where we came from. Some of the most exciting and interesting cities in the world are those that demonstrate an ability to adapt, change and grow throughout the ages. This is the opportunity before Sheffield now.

We believe the castle site can play an important role in demonstrating Sheffield’s own journey through history, from pre-Conquest to the medieval times of the castle; from the English Civil war, to its role at the heart of the industrial revolution and beyond.

Sheffield’s market charter was granted under royal decree by Edward I in 1296; trading has been the heart and soul of this site ever since. Our blueprint recognises this history. It is a plan that allows our shared heritage to shape Sheffield’s contemporary regeneration and its dynamic and creative future. It seeks to combine the history and heritage of the site, with the contemporary regeneration of a Sheffield in the 21st century, witnessed by the creative and digital industries, reinvention of areas like Kelham Island, Heart of the City II, The Outdoor City, and advanced manufacturing.

This blueprint is not intended to be an inflexible, prescriptive instruction. It is a vision, a framework of ideas for a future that encapsulates the outcome of years of consultation and discussion across city stakeholders. FoSC looks to play its role in contributing to that future, in partnership with Sheffield City Council, developer/s and others. Partnership and distinctiveness are key to the success of modern cities. Through this blueprint and the continued support and commitment of our members, we want to be a part of that success. Our blueprint is one of many contributions we hope to make.

A site that contributes to heritage, the economy and vibrancy

We are clear that the preservation and display of the castle remains is an essential ingredient of the future of the site. However, we also recognise that Castlegate has suffered from economic decline for many years and needs regeneration.

A place where people want to spend time

In some cities, areas of heritage display can become forgotten, sterile areas on the fringe of activity. Such an outcome would be a missed opportunity for Sheffield. The site was a hub of activity in medieval times and it should be once again, in a modern context.

The images were designed by Sheffield University School of Architecture students in 2016.

Display of the Castle Remains

Sensitive yet exciting, interpretation and display

The display of the remains of Sheffield Castle, alongside finds from other periods in the history of the site, should be the focal point of a new dynamic and distinct city centre district. In order to achieve this, it is essential that history is brought to life in a way that enthuses and engages the public. The opportunity to ensure the remains can be seen from a new public through route across the entire site would ensure the history is as accessible as possible to the widest possible audience.

The castle site sits in a crucial location between the traditional core of the city centre, Victoria Quays and the hotel district. As city regeneration gathers pace and city centre regeneration spreads outward from this core, the opportunity exists to not only create an attractive new district around the castle site, but to improve the connectivity within this part of the city to the benefit of the wider city centre.

The castle site sits at the confluence of Sheffield’s two most prominent rivers, the Sheaf (which gave its name to the city) and the Don (after which Doncaster is named). Each played a key role in the life of Sheffield Castle, with both forming part of the moat and wider defences of the castle. During the Industrial Revolution these rivers were built over beneath culverts, hidden away. Now, Sheffield City Council is planning to use the opportunity of regenerating the castle site to once again open up a section of the Sheaf as it flows across the north-east of the site.

It would deliver the display of the history of the site and castle remains through a vision that would reconnect the people of Sheffield with its long history. It also recognises the needs of the current and future Sheffield. It sets out a bold blueprint for how this can be successfully combined with the history of the site to create an inspirational and dynamic district in the city centre that will create a distinctive draw for Sheffield.

We believe that to achieve a highly successful development, with a national profile, a partnership approach will be key to bringing all aspects of regeneration forward. It will require both public and private sector funding to make it a reality.

We do not say that ours is the only possible blueprint. But we do believe it is imaginative, ambitious, dynamic, and above all, deliverable within realistic timescales. We recognise the value of partnership and would welcome the opportunity to contribute to the future of the site, working with Sheffield City Council, developers and others.

We look forward to contributing to the next chapter in the long and proud history of this site and the story of Sheffield.