Results from the Sheffield Castle Dig 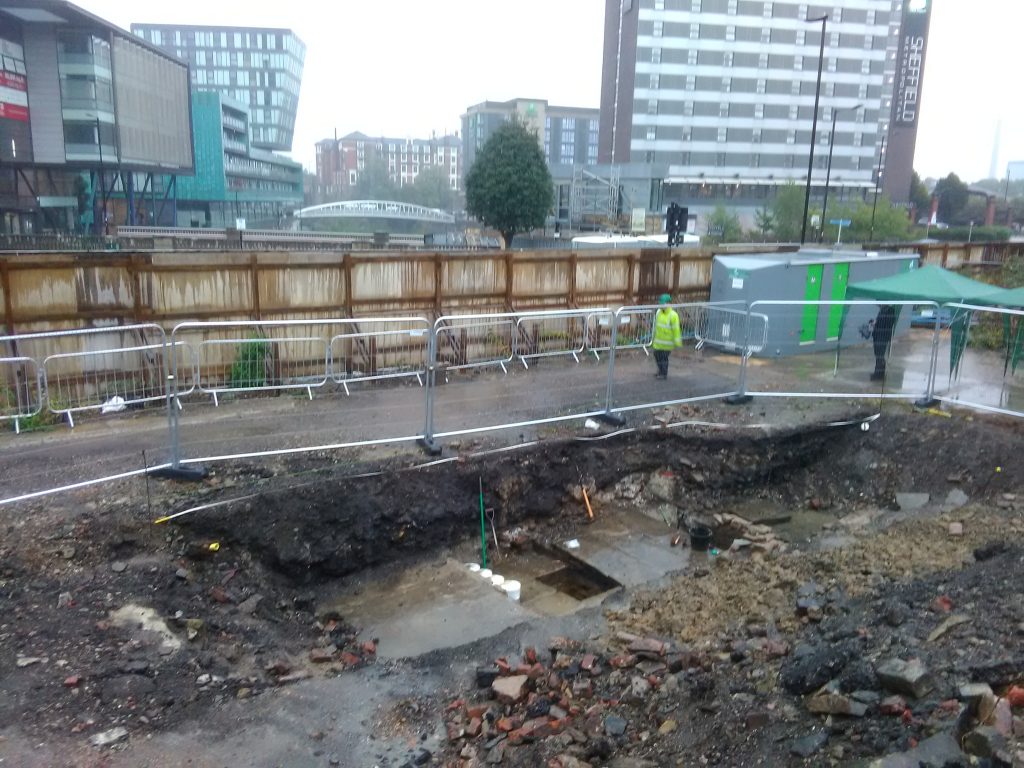 Our AGM is fast approaching on the 21st April 2016 at 6.30. As last year it will be held in the Central United Reformed Church, Norfolk Street, S1 2JB (at the end of Chapel Walk) at 6.30pm. Please do come along! The formal part only lasts 10 minutes and you can enjoy a fascinating talk […]

“Laid Siege” – Eten Café, Sheffield – Saturday 3 October 2015 The English Civil War is usually portrayed as Cavalier -vs- Roundhead or Charles the First -vs- Oliver Cromwell. Of course it was more complex than that. But let’s forget the supporting cast and the likes of Prince Rupert and Black Tom Fairfax or, on […]

Report: “The archaeology of Sheffield Manor”

A healthy attendance of 25 plus, with a sprinkling of archaeological types, enjoyed a fascinating talk by Peter Machan on the diggings that took place at Manor Lodge over a period spanning twenty years. Peter’s tale opened with some beautiful watercolours of the buildings in their rustic decay in the late 18th century and then […]

Friday 11th September 2015 “A Walk with Ron” 16 of us (14 members plus 2 Committee) spent an enjoyable 2 hours in good weather with interesting narrative from Ron, starting at Castle House and progressing at relaxed pace to Old Town Hall, Waingate, Blonk Street, Hambledon House, Exchange Street, into back yard at Ibis Hotel, […]

The second AGM of the Friends of Sheffield Castle took place on 16th April and a healthy attendance of over 40 people, was much appreciated. Over the past 12 months, the Friends have organised a number of talks including topics such as Mary Queen of Scots, The Lords of Hallamshire, The Cathedral and also we […]

The Friends Of Sheffield Castle Annual General Meeting Will be held on Thursday 17th April at 6.30 in the Royal Victoria Hotel/Holiday Inn. We hope you will be able to attend and take part in the discussions. Agenda Welcome from the Chair Talk by Mr Simon Ogden (SCC) on the Sheffield Castle investigation by Ed […]

FOSC exhibition in the library

From Saturday 1st February to Friday 28th February a small exhibition on the history of Sheffield Castle will be on display in Sheffield Central Library on Surrey Street. The exhibition is freely accessible, and located in the First Floor stairwell display case; it contains panels, historic maps and some artefacts which were recovered during the […]